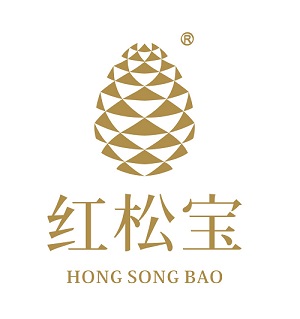 Ordinary citizens all think that ginseng, bird's nest and sea cucumber have high nutritional value and can be eaten as supplements. However, the reality is that these foods are rare and expensive, and many citizens are unable to supplement their daily lives. Nutrition experts said that in fact, nutritional supplements do not necessarily have to eat expensive supplements, insist on eating nutritious foods that can be eaten at ordinary times, and can also achieve the effect of supplementing and supplementing the brain.

Eat high-fat fish to reduce the risk of cancer

It is understood that the "Netherlands Guide to Healthy Diets" has specifically quantified the interpretation of adult healthy diets, in which it is particularly recommended to eat at least twice a week, 100 grams - 150 grams each time, at least once for high fat fish. The researcher of the China Center for Disease Control and Nutrition and Food Safety also stated that the Chinese dietary guidelines urge people to eat more fish and shrimp. Generally, it is recommended that people eat 50 to 100 grams each day. Adults eat about half a catty of fish and shrimp a week is a basic requirement. Especially deep-sea fish.

In addition, researchers from the Karolinska Institute in Sweden had asked and analyzed the dietary habits and conditions of more than 60,000 women who had undergone mammography, and found that high fat fish was eaten at least once a week and had a chance of developing kidney cancer. Can be reduced by 74%. Nutrition experts told reporters that high-fat fish mainly include salmon, squid, sardines, and herring, which live in the deep sea, low-fat fish such as carp, mackerel, and tuna. High-fat fish contains 5 times more vitamin D. The content of omega-3 fatty acids in deep-sea fish oil is about 20 times more. "Compared with sea cucumber and other high-nutrient seafood, these high-fat oils are relatively large and relatively common, and their prices are relatively cheap. In addition, even if some people do not have the conditions to eat high-fat fish, they will also eat more freshwater fish. It is good for physical health." Experts told the Express reporter.

In addition to supplementing the body, modern people have begun to pay attention to buying expensive brain-boosting health foods. Nutrition experts have said that like eating fish, there are also some common natural foods in daily life. The price is not expensive and it can Brain, Bunao. For example, peanuts, rich in protein, known as "plant meat," rich in nutrients, is also our country's traditional "longevity fruit." Peanut contains 7% polyphenols. The antioxidant activity of polyphenols is 50 times that of vitamin E, which can effectively delay aging and increase intelligence. There are also walnuts, also known as "wisdom fruit," rich in lecithin, unsaturated fatty acids, vitamins, and minerals. Among them, lecithin has a significant effect on protecting the brain's nervous system, enhancing memory, and enhancing the brain's brain intake. It is most suitable for mental workers to eat.

"There is also a less-than-heard bitter brain nut, that is, grape seed. Grape seed contains a lot of grape anthocyanins and antioxidants, which can effectively protect cardiovascular and cerebrovascular diseases while preventing aging and prevent collagen fibers and elastic fibers. Destroyed, it is also known as "beautiful fruit." Nutrition experts said that these three kinds of nuts are internationally recognized as the three major brain-feeding puzzle nuts, and they are also known in China as "everyday nut, mind and brain flexibility" . However, if people want to eat brains and brains by eating nuts, they must pay attention to eating; if they do not have the conditions to eat every day or eat every day, they may consider using some daily-used nut seasonings, such as using nuts. The cooking oils are used to cook foods, so that they can be used together with nutritious ingredients and delicious foods, will not be greasy and the cost will be relatively low, it will be easier to persist for a long time, so as to continuously absorb such health The nutritional elements of the brain.

Mr. Jack Wang
What can I do for you?
Contact Supplier